Chicken may be just food for most people, but raising the perfect chicken is an all-consuming passion for some. CMT is teaming up with Emmy Award-winning Motto Pictures, also this year’s Sundance Grand Jury Prize (U.S. Documentary) Winner for Weiner, and Emmy nominated director Nicole Lucas Haimes for Chicken People, a two-hour documentary that takes a charming and fascinating look at the colorful and hugely competitive world of champion show chicken breeders. A real life Best in Show but about chickens, the film follows the struggles and triumphs of both humans and their chickens on the road to compete at the Ohio National Poultry Show, considered the Westminster of Chickens. Chicken People is produced by Motto Pictures and Haimes Film, with Julie Goldman, Caroline Kaplan, Chris Clements, and Terry Leonard producing. Nicole Lucas Haimes executive produces and Jayson Dinsmore, Lewis Bogach and John Miller-Monzon executive produce for CMT. 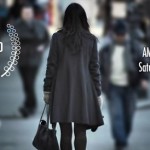 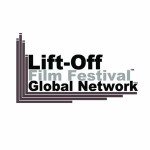