The Kayros Films Team (Yolanda Pividal & Co.) comments: “The journey…has just begun, and we don´t know where it will take us, but it is clear we couldn’t have had a better starting point.”

OF KITES & BORDERS tells story of the daily struggle to be a child living on the US-Mexico border through the eyes of four working children in the city of Tijuana. A story of hope, struggle, and survival that digs behind newspapers’ headlines to explore life on the other side of the wall and the underlying context of immigration. a perspective that invites viewers to rethink the concept of “border” and “otherness.” We often find stories about people crossing borders, but where are the stories on how borders cross people’s lives? Visit the film’s blog via: http://www.fightingkitesthefilm.com/blog.php

Visit the film’s blog via: http://www.fightingkitesthefilm.com/blog.php 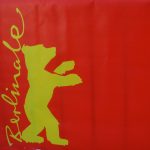